WindMill ART POWER PLANT or the New Energy of Art

It’s called WindMill ART POWER PLANT” and it’s the name of the nonprofit Association founded by Laura VdB Facchini in 2020. With her usual overflowing enthusiasm Laura phoned to tell me about how this now finalised project got off the ground and is aiming to promote women in the arts. As she filled me in on the various phases of WindMill’s development, I was already thinking how appropriate the name is: it includes not only VdB Facchini’s Dutch roots but also highlights her role as a generator and promoter of new energy for contemporary art. Right off Laura read me some of the key aspects that I’d come across later in the Association’s founding statute:

“The Association is non-political, non-affiliated and nonprofit; it will pursue its mission throughout Italy, as it works to favor participation by women in the arts. [WindMill aims to serve as a platform to promote exchange among women and their active role in culture and the arts[…], while deconstructing gender stereotypes […] and thus contributing to the achievement of equal opportunity in the field of contemporary art.”

When I read that WindMill set out to work with women’s real-life experiences I was reminded of a fascinating period in the art of our time; I couldn’t help thinking of  experimentations with new identities, starting in the 1990s, carried out in a society turned on its head by the advent of gobalization. Making good use of overwhelming communication systems, some artists’ voices – which until that time, had been considered outsider experiences – managed to take over the era’s central debate by asking the question, “who am I in a world without borders of time or space?” One generation of artists replied by claiming a radically different  kind of identity for themselves with respect to the one they’d traditionally been assigned; each one expressed a self defined not by exclusion or by the subtraction of values but rather – and here lies the great development – by inclusion and by addition. In this refoundation of the self, a number of subjects, including many authoritive women, came to the fore as they investigated the confines between reality and simulation, showing up the void of previous stereotypes, whether found in imagery (Cindy Sherman, Shirin Neshat), in texts (Jenny Holzer), in the myth of unassailable individuality (Vanessa Beecroft) or in the home (Mona Hatoum). This sampling of cited artists put forth models that revealed the complexities of their female experience, including aspects previously excluded from artistic discourse like the female body, and work and care-giving within the home. American artist Janine Antoni, known for her sculptures and performances which place the body at the center of her oeuvre, summed it up well when she said, 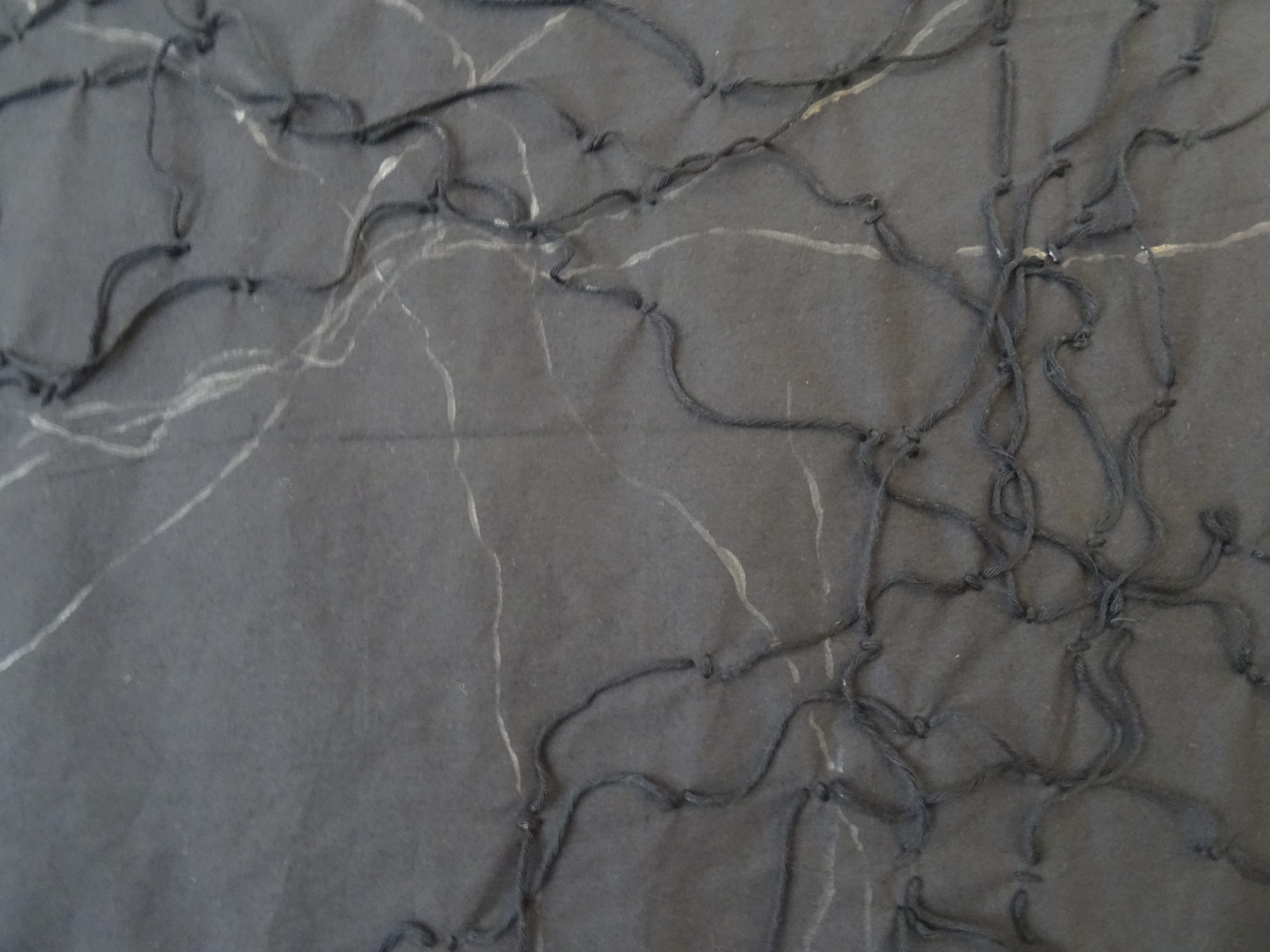 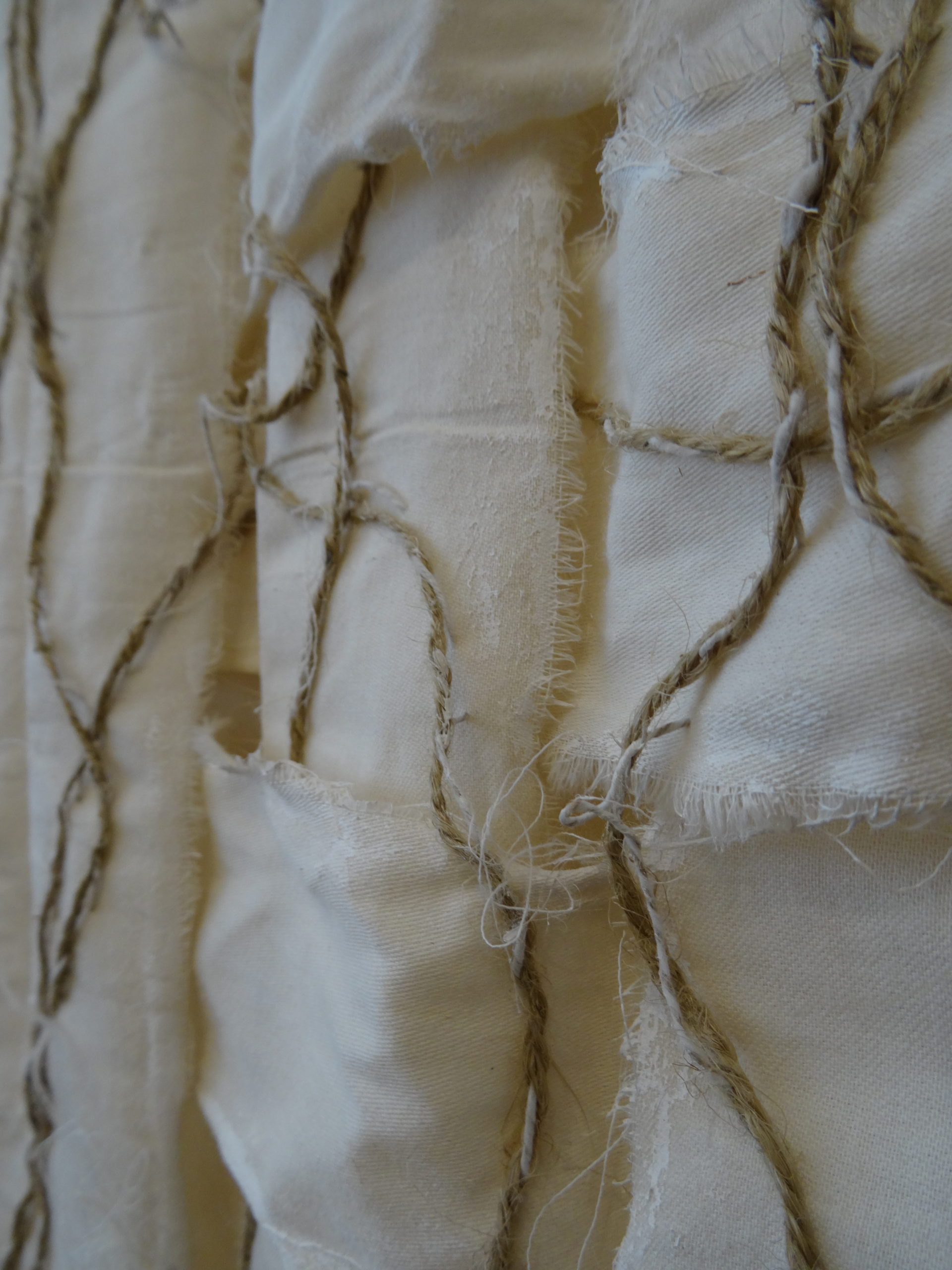 “When I create my art I feel like an open conduit. I imagine my body as a funnel through which the whole world is poured into the artwork. And yet I always have the audience beyond the funnel in mind because, without them, half the artwork’s meaning would be lost.”

For the most part, works of visual art, music and writing originate from an intimate exchange between the self and the abstracted image of a participating viewer, listener and reader. The need to imagine an audience is fundamental to pushing the artwork to assume a universal dimension. Via her WindMill ART POWER PLANT, Laura Facchini aims to reinforce the presence and quality not only of women artists currently creating in Italy and abroad but also of the audience viewing their contemporary art.

On a late September afternoon I went to visit Laura in her home-studio in Prato in order to continue our conversation about the Association she founded with her husband Roberto Giliberto. The artist from Prato has always focused her investigation on themes tied to womens’ standing and to their vast potential that has too often been “overlooked” (a word she reuses often during our dialogue). These issues are closely tied to her life and, in recalling her early days as an artist, Laura remembers attending a local secondary school for the Arts in the 1970s; here she was caught up in the climate of femminism, which was an important influence for the “Vagina” series she made in her early twenties. She narrates the bitterness she felt when, as a very young artist attending a woman colleague’s exhibition, she overheard a man comment that such powerful pieces “seemed to be more like the work of a male artist.” Already back then, in the Tuscan provinces and far from art centers like New York or London, Laura was wondering about her identity as an artist between old and new Italy.

As we conversed, we agreed that a consistently lesser percentage of women is represented in contemporary art events and observed the great difficulty all artists have making a living by their creativity.  Here Laura waxed enthusiastic, recalling the years when she worked as a designer in the Pratese textile and garment industry, when she started to make her own way amid wonderful achievements and bitter letdowns. “It’s exactly these experiences I had that have led me to want to promote women artists and contribute to making people more aware of our unexplored potential.”

Laura recounted how,  during the spring of 2020 while Italy imposed its hard lockdown, she had picked up a prior idea she’d had to create an archive of her own artworks, but she decided to push it further… If her artistic determination was centered on attributing value “to each woman first and foremost as a person”, then the mission of WindMill ART POWER PLANT would be to act as an amplifier for arts created by women while calling out the prejudice that impedes the realization of gender equality and equal opportunity.

Sitting in her living room we commented on the art system as it functions in Italy and abroad.  On this point Laura clarified, 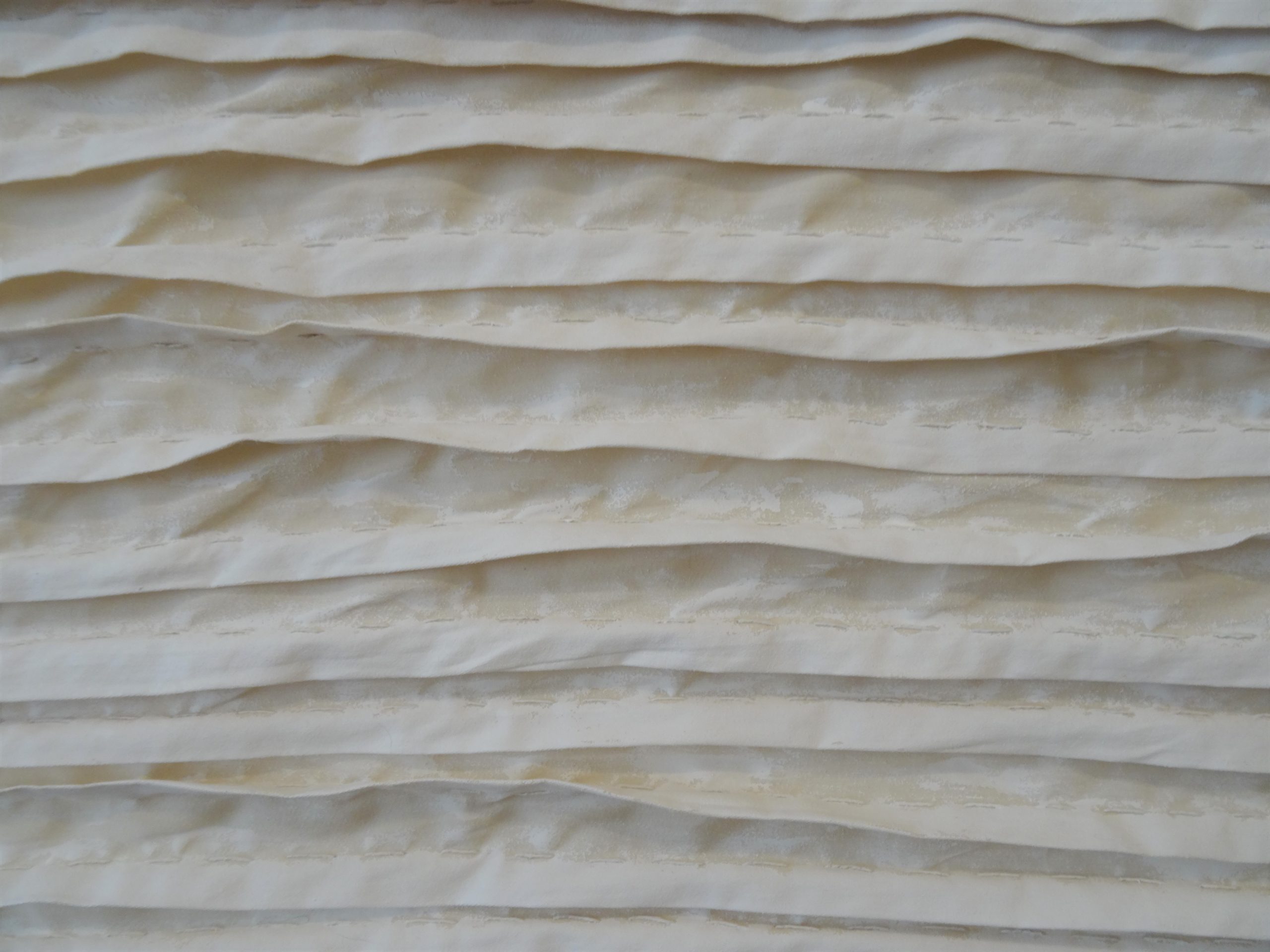 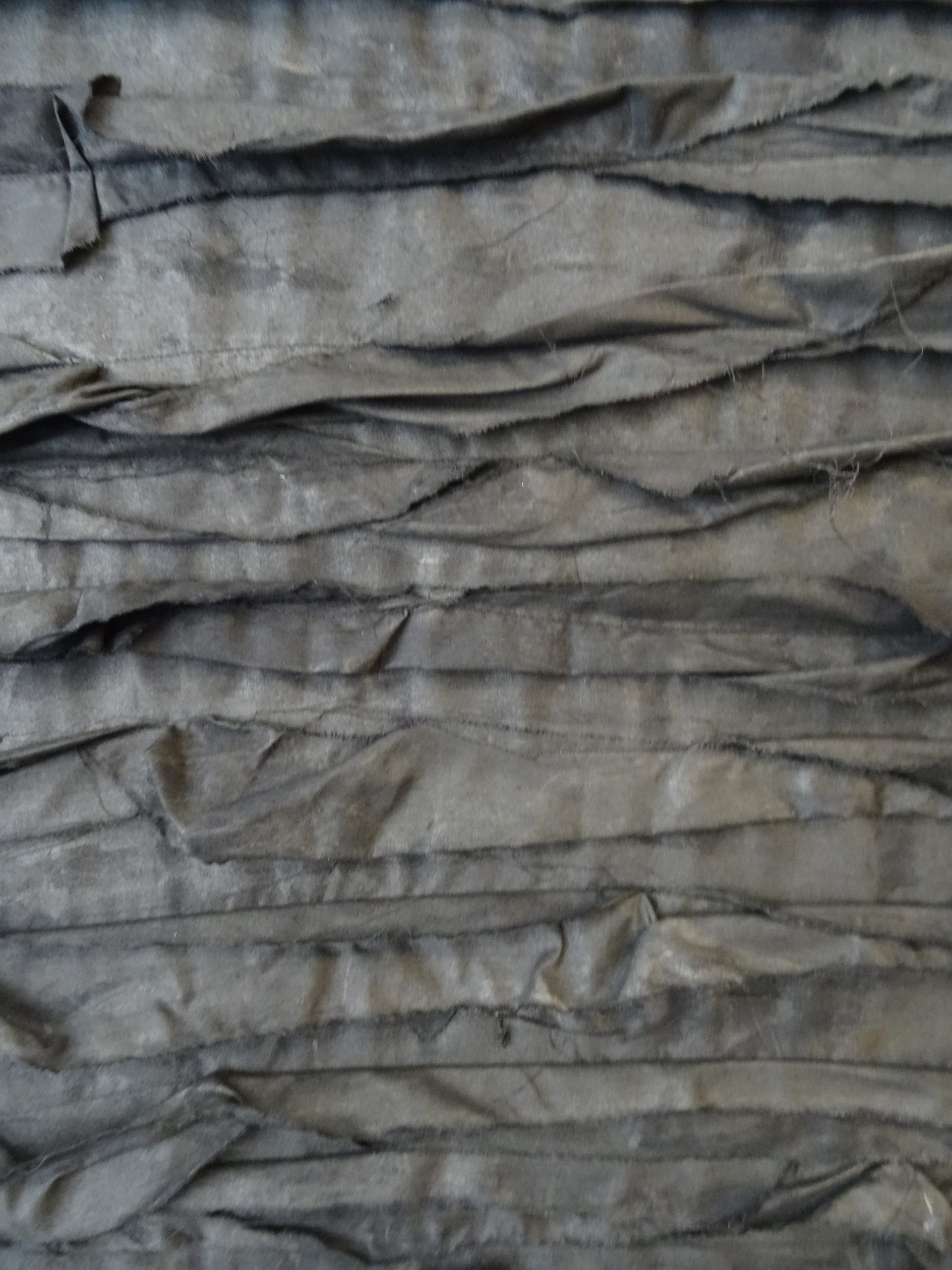 “In other countries, just like in Italy, it’s difficult for women artists to develop their oeuvre, obstacles are found in all stages of their careers.

I’m not saying women don’t take action but we must admit that they’re engaged in an unequal battle. I’m convinced we must come up with solutions to bridge the great gap in opportunity, I think we women artists should network with the goal of showing our work to shed light on lives that risk invisibility, to turn up the volume on voices that would otherwise be unheard.”

She continued on how this is a necessity felt in all sectors of society, even in the field of faith; referring to femminist activism within the Roman Catholic Church, she mentioned the Voices of Faith where all womens’ views are considered in order to form a world-wide community. When I asked her if the opportunities furnished by WindMill ART POWER PLANT will be the same for Italian and foreign women alike, Laura confirmed:

“Acceptance is of the utmost importance, otherwise women from other countries, who have so much to offer, risk being relegated to the bottom of the ladder. The WindMill Association will most definitely work for them as well and on an equal footing.”

The Association’s activities will be carried out in the cities of Prato and Rome, two geographical points united by the thread of Laura’s life spun over the course of her career. Her passion for art originated in the mutable province of Tuscany, where the spaces of her home-studio are located, while in the Eternal Capital, where “risk and protest coexist with an international vibe”, her apartment/Association headquarters is located:

“Here WindMill will be free to organize lectures, debates, courses of study, meetings and conferences, as well as promoting the ongoing activities of research and documentation of art by women. Exhibitions, events and publications as well as communication campaigns via social media will also be arranged, in conjunction with other institutions, both public and private”. 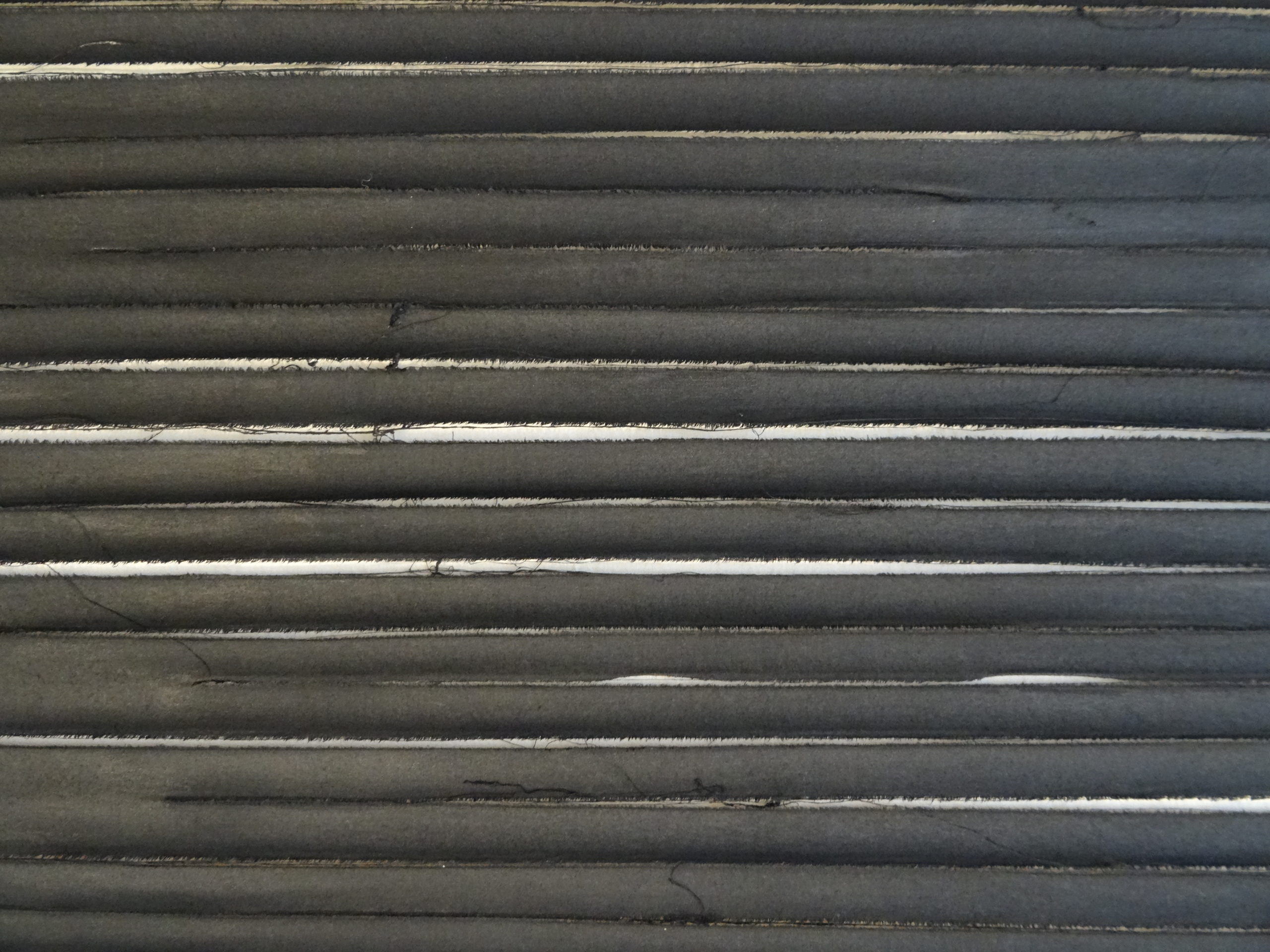 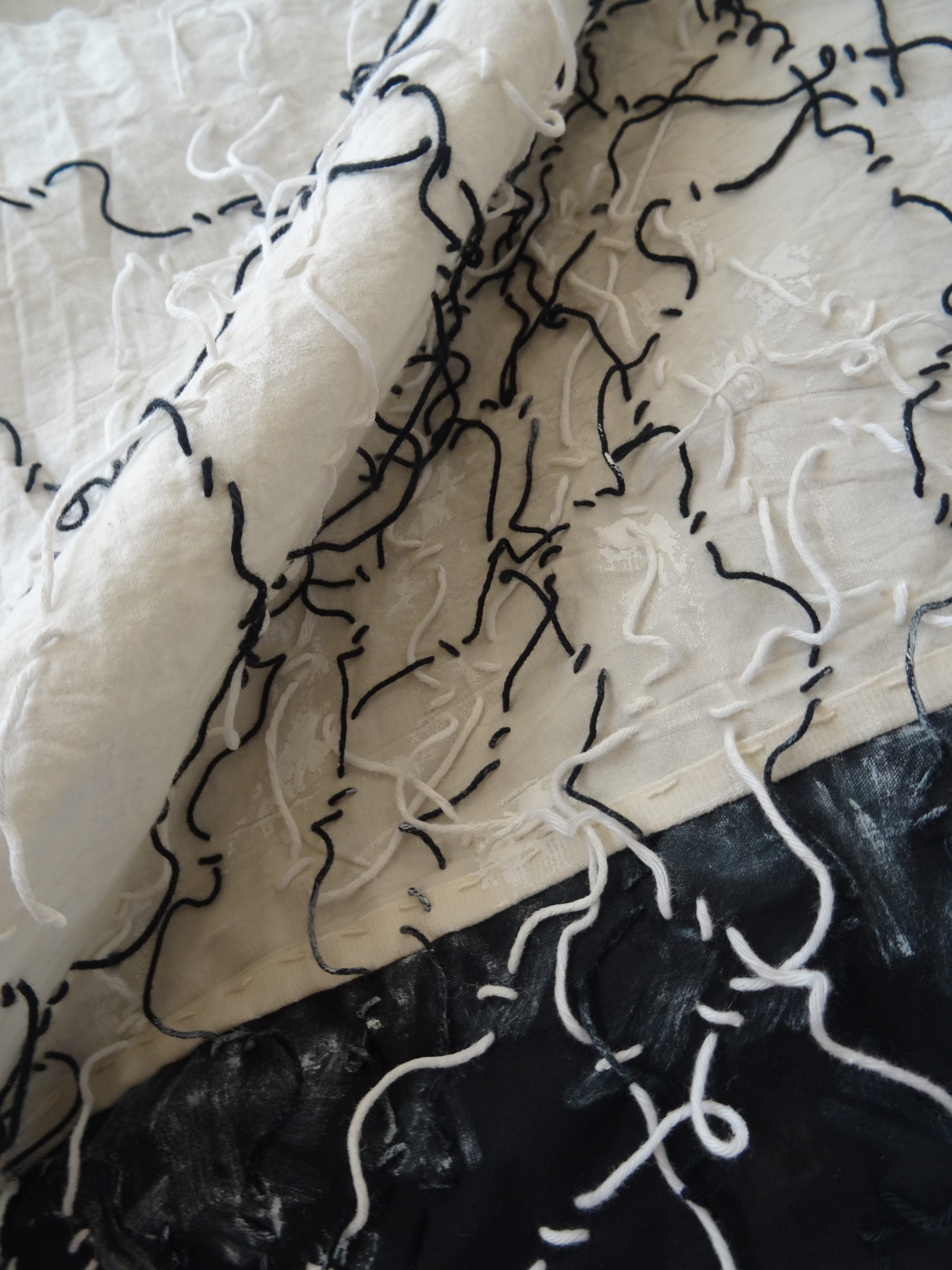 Starting as early as the summer/autumn of  2020 some of these activities were set to take place between the walls of Laura’s home. Unfortunately, the current pandemia caused the “Arte sul Muro (Art on the Wall)” project to be deferred to a future date. When conditions will allow re-scheduling we’ll see a wide wall of her home ready to host a succession of monographic exhibitions of chosen artworks to be shown to an audience as attentive as it as select. Laura strives to promote contact  between the viewers and the artists, one by one, to offer others a direct and focused  relationship with the artist. For “Art on the Wall” and many other projects being developed a deeper discussion can take place in a context where domestic walls encourage a sense of intimacy and interiority. “Sometimes going small produces better results,” said Laura, explaining her reluctance to chase the large numbers of people present at fashionable openings. “The paths we choose don’t need to be earth-shaking; even if I succeed in promoting only one of my sister artists, then WindMill Association’s objectives will be on their way to realization.”

Laura often uses the word “paths” to emphasize the importance of the process towards a given goal. On this score  she recalls one of her printed projects, created in 2012: her artist’s book titled A passo d’uomo. L’alterità originaria del viaggio. The white box contains elegant unbound pages where the voice of Laura’s poet grandfather Guido Angelo Facchini interweaves with the writings of some companions met by his grand-daughter along her path: Folco Quilici, Giorgio Bonsanti, Alketa Vako and Manuela De Leonardis. The publication begins with the almost prescient words of the poem Filosofia del viaggio by Franco Riva:

“To let oneself go, to leave:

The one condition of the journey.

Life is never where it is. Always

These lines sum up the personality of woman and artist Laura VdB Facchini; similarly they seem to anticipate the future spirit of the WindMill ART POWER PLANT Association. For now it’s up to Laura and the Association to gather and network the multifaceted input from women artists — as they are always on the verge, about to leave – and to make sure they get the attention they deserve. It’s up to us to undertake our exciting role as active witnesses of this promising start, ready to acknowledge art’s great potential energy as generated by WindMill: constant and  unrepeatable